Showing posts from February, 2012
Show all

Christine Ebersole at The Carlyle 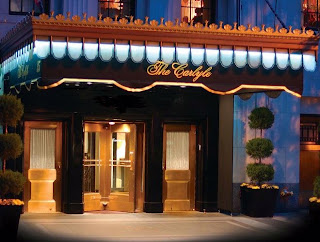 I had a wonderful time listening to Christine Ebersole performing "The End of the World as We Know It Cabaret" at the Cafe Carlyle. The show was amazing — my favorite numbers were Irving Berlin's "Get Thee Behind Me Satan" and the Depression-era classic "Brother, Can You Spare a Dime?" but her version of Cole Porter's "Blow Gabriel Blow" was triumphant. It was thrilling to see her in such an intimate setting, and we were only a few tables away from Diane von Furstenberg and Barry Diller. The show is playing through February 25.

Before the show, I was able to tour The Carlyle and inspect many of its suites with panoramic Central Park views (the very best in the city). Each room is individually decorated with lots of antiques (some traditional in style, some more art deco), so let me know your preferences when making a reservation. (Note: Not all rooms have a modern bath.)

Stephanie Serino
I've been planning vacations since the turn of the century. Travel is my passion, and I enjoy making clients' dreams come true almost as much as I love exploring the world myself. Phone: 212-340-0244