Showing posts from August, 2012
Show all

Baltic Cruise: My day in Helsinki 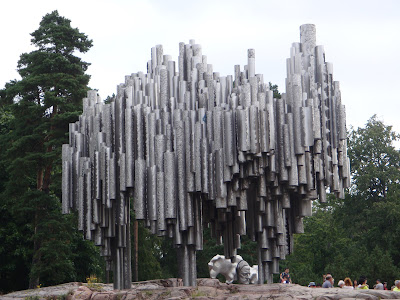 I booked a half-day city tour of Helsinki through Crystal Cruises, which was a nice introduction. The city is celebrating its 200th anniversary as the capital of Finland, so there isn’t a preserved medieval quarter here (like Stockholm and Tallinn); instead new buildings and old blend together to create a fascinating cityscape. It's no wonder Helsinki was named the 2012 Design Capital of the World.
I enjoyed seeing the Sibelius Monumentat the waterfront park named for the composer. The monument was created by the Finnish sculptress Eila Hiltunen in 1961 (apparently, it caused quite a stir as the first abstract public monument in Finland). The famous Rock Church (also called Temppeliaukio Church) was special, but I think the Post Office thrilled me more with it's clean lines.
After the tour, I stayed in town walking all along the narrow, cobblestone streets. Each block has such a variety of architectural styles (art deco office building next to a Soviet apartment building)…
Location: Eteläesplanadi 24, 00130 Helsinki, Finland
Read more 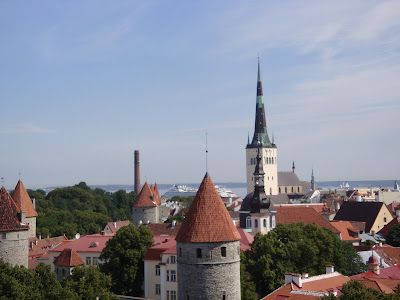 First stop on my Baltic Cruise aboard Crystal Cruises' Crystal Symphony was Tallinn, Estonia. This charming medieval walled city on the sea could call itself the Dubrovnik-of-the-North: narrow, winding, pedestrian-only streets with adorable cafes and shops,  and plenty of sea views to engage your camera. You could do a short walking tour of the old town so you notice all the highlights (an inexpensive shore excursion option), but it's fun to just wander aimlessly too. Architectural details catch your eye like a 17th century clock on the side of Holy Spirit Church and a dragon gargoyle.
Unfortunately, I was not the only tourist here; the streets were crowded. Corny tourist traps abound and vendors in period costumes sell everything from spiced nuts, elk soup and elf shoes. And there are an awful lot of burlesque clubs and 'adult' entertainment on offer. But the history is interesting (I loved the story of their singing revolution), the people were friendly (…
Location: Tallinn, Estonia
Read more 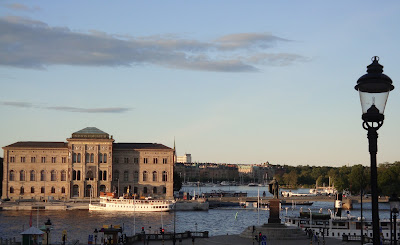 My Baltic Cruise aboard Crystal Cruises' Crystal Symphony began in Stockholm, Sweden. Departed from Newark on SAS’ non-stop flight to Stockholm. The trans-Atlantic flight leaves early (around 5pm) and arrives early the next morning. Plane was reasonably comfortable (2-4-2 configuration) and there was a personal entertainment system for each seat in all classes (but no plugs or internet access). The meal was OK (chicken in red wine sauce both coming and going) served with complimentary wine. It was an 8-hour flight made painless by taking a 4-hour Ambien immediately upon being seated, so I slept most of the way there and arrived feeling halfway decent.
While the Arlanda Express is an easy way to get into the heart of the city (and there are even less-expensive buses available), I do prefer to arrive as effortlessly as possible, so I took a taxi ($60, 30-minute ride). Happily, the Scandic Grand Central had the room ready so I could settle in and jump into the shower immediately.  I l…
Read more 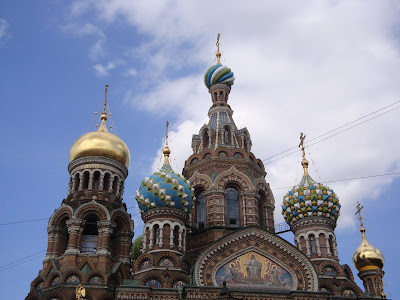 Cruising the Baltic Sea was as wonderful as I expected.  Every destination was special, but by visiting so many in one trip I really experienced the region and learned about their relationships with each other and the sea. Here’s a quick summary of my trip: 3 days in Stockholm at the Scandic Grand Central11-night cruise on the Crystal Symphony3 days in Copenhagen at the Scandic Copenhagen
Crystal Cruises' "Journey of the Czars" itinerary included these ports of call: Tallinn, Estonia3 full days in St. Petersburg, Russia!Helsinki, FinlandWarnemünde, Germany
St. Petersburg was as amazing as I expected, but the Amber Room at Catherine's Palace was mind blowing. I knew I'd love Tivoli Gardens in Copenhagen and wandering the Old Town of Tallinn, but was surprised how much I liked the canals of Stockholm and the architecture of Helsinki. All the Scandinavian ports were clean and charming (most of them claiming to be The Venice-of-the-North).  The people spoke English, wer…
Read more
More posts

Stephanie Serino
I've been planning vacations since the turn of the century. Travel is my passion, and I enjoy making clients' dreams come true almost as much as I love exploring the world myself. Phone: 212-340-0244